{Disclaimer: This is a raw reflection from my travels to Cambodia. May a glimpse at my musings inspire you to shock your own ideas of culture. Culture, shared experiences and beliefs, shape ways of life, and when you are transported to another country, another way of life, you will never be the same. You will be challenged to adjust your perspective. To let your imagination run wild, momentarily, until you are brought back to reality with a new sense of understanding the world around you. May you all allow yourselves to be disorientated in this way, not in order to lose a sense of your identity, but so to grow as a person, to appreciate the blessing of life and all that it entails across borders, nationalities, cuisines, climates, languages, etc.}

Imagine a basic life, dirty feet, a permanent thick layer of sweat, early mornings and late nights, tons of rice, deep-fried banana, the best pineapple you will ever taste in your life, exploring ancient temples, bartering in compressed markets, and being able to eat a full meal (including a drink) for approximately $5USD…

Living in Cambodia for just two-weeks mightn’t seem like long. Yet it was one of the longest two-weeks of my life. The experience was challenging physically, mentally, emotionally, politically, and socially. Every day was exhausting, but it was the kind of exhaustion that is the most rewarding.

Teaching and learning through a language barrier is complex, the humid climate is taxing, the country’s corruption causes you to question ‘what is right and wrong?’, and the culture overwhelms your sense of ‘what is normal?’.

There were struggles, but there was hope and purpose. 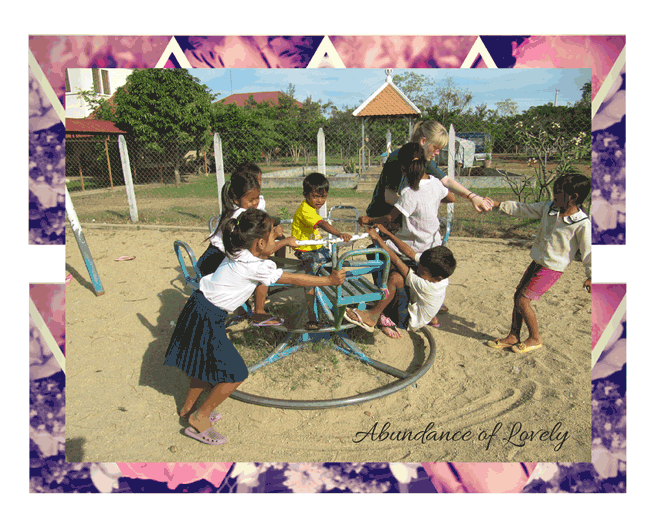 The two-weeks were so jam-packed, and I wouldn’t have wanted it any other way. There was new food to digest (rice being the protagonist at every meal), a nations history to reflect upon in the Killing Fields and S-21 Genocide Musuem, a puppet show to enjoy, temples to visit, children to love and teach, tuk-tuks to ride, Siem Reap to explore, other volunteers to get to know, traffic conditions to get a heart attack from, dehydration to conquer, a hot-air-balloon ride over Cambodian countryside to admire, a language to attempt learning, and more!

There is not a day that has gone by since I have returned to my family, friends, school, work, uni, and day-to-day life, that I haven’t contemplated Cambodia.

I constantly find myself reminiscing on walking amongst the village and rice fields, donating bread loaves to people who had so little… repacking the colourful Christmas hamper buckets we gave out at the orphanages to each family in the surrounding region… giving much-needed attention and affection to little Cambodian children by playing, dancing, and singing without a care in the world… or even the many hours spent scrubbing, washing, and painting the orphanage’s wall.

There were so many special memories, so many beautiful children, so many confronting moments… so much diversity from my normal life. 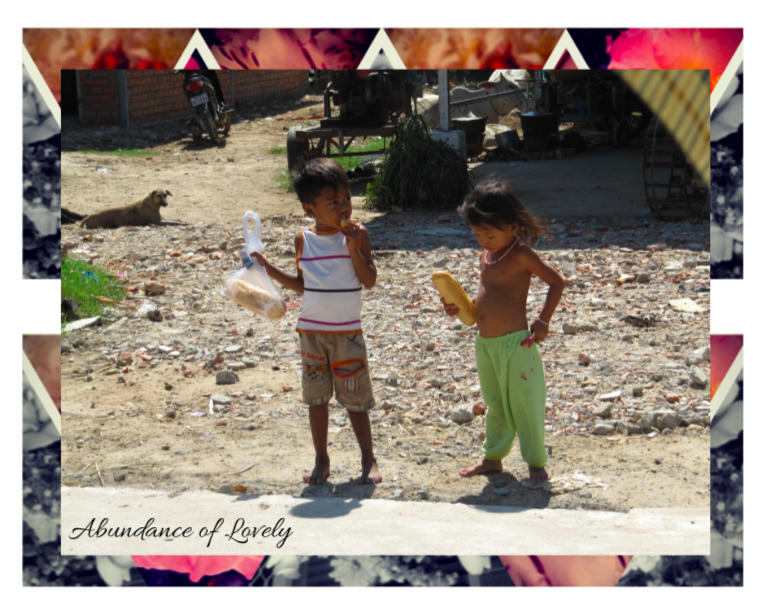 The reason I still contemplate Cambodia today, over a year since being touched by the beautiful country, is a result of the poverty. So much poverty… Yet so little poverty.

There is pure contentment, despite the lack of what us in the West would perceive to be an ‘abundant life’. The people are filled with joy, generosity, hope, peace, humility, kindness, mercy, goodness….  They don’t adopt the West’s methods of ‘success’ or a ‘pursuit of happiness’; trying to fill themselves with material possessions which only carve a greater emptiness inside. Yes, commercialism does exist even within Cambodia (so I’m at fault for generalising here), but I was touched by the greater emphasis on eternity over the temporary. 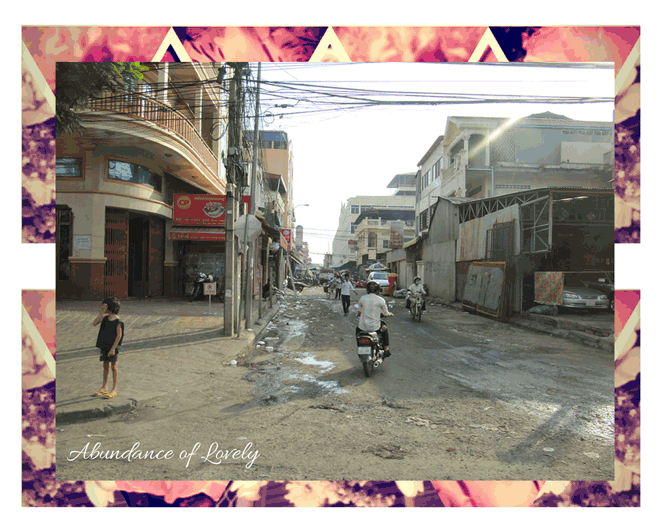 Some of the Cambodian’s lives may seem mundane compared to the luxurious lives led in the West, but their priorities are in the right place: their faith and their family.

Cambodia encouraged me to contemplate what might happen if everyone placed their priorities in the eternal rather than the temporal. The culture shock, which I still am recovering from, has evoked my new appreciation of what an ‘abundant life’ is.

Will you contemplate Cambodia with me? Will you challenge your perceptions of poverty?

A final musing for you: 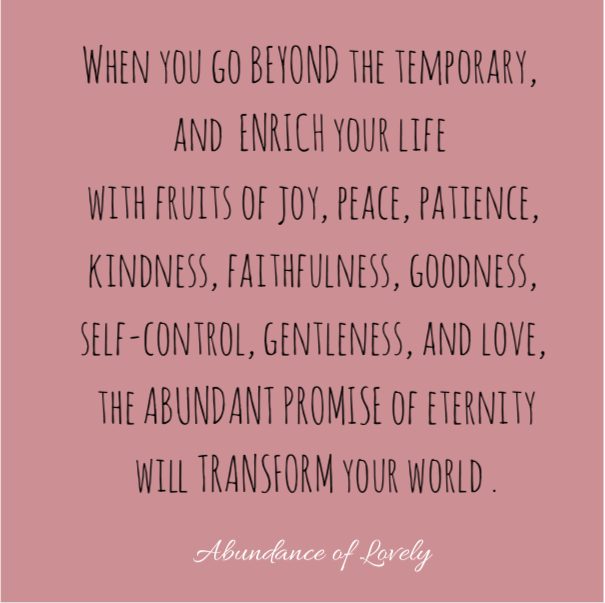